Home » Travel » 11 Things to Do in Chicago at Night

11 Things to Do in Chicago at Night

Ever since I was little, I’ve been drawn to tall buildings, diverse cultures, and the hustle and bustle of big cities. So it probably comes as no surprise that Chicago was one of the first places in the U.S. I hopped on a plane to visit. This summer, I visited Chicago for my fourth time as a part of our cross-country U.S. road trip and got to spend two full weeks in the beautiful city. Throughout my time there, I discovered TONS of new things to do in Chicago at night. Keep reading to find out what keeps the city lively after sundown and how to make the most of your visit there.

1. Take a Stroll on the Chicago Riverwalk

One thing that sets Chicago apart from New York and San Francisco is that a river flows right through the middle of the windy city. The way the skyscrapers in frame the Michigan River make the city seem more one with nature, and walking on the Chicago Riverwalk at night is an experience you can’t get anywhere else.

Although the Chicago Riverwalk is accessible during the day and at nighttime (until 11 p.m.), I think it’s much prettier of a sight at night. All the lights from the tall buildings will be reflected onto the river, and the weather is a lot cooler – a huge plus if you’re visiting in the summer!

I’ve done the Chicago Riverwalk probably close to a dozen times now and it hasn’t gotten old yet!

2. Watch a Comedy Show at The Second City

One of the things you MUST do at night in Chicago is watching a comedy show. There are multiple comedy cellars to choose from, but The Second City is probably the most well-known because of its history and the number of famous comedians who have roots there. Some famous alumni of Second City include Steve Carell and Stephen Colbert – you can see why people would want to visit The Second City!

Booking a show is easy. Just go on The Second City website, double check that you have the right city selected, and choose the date you are looking to attend a show. You’ll then be able to see all the programming they have for that date you selected.

Just a few minutes walking from The Second City is perhaps the best ice cream in Chicago!! Although it originated in Columbus, Ohio, Jeni’s has eight locations in Chicago alone. The North Wells location is just steps away from The Second City. It’s the perfect treat after a night of non-stop laughter.

Wanderer Tip: If you happen to love Jeni’s so much that you decide to return during the day, Lincoln Park and North Avenue Beach are only a few blocks away and a good place to enjoy your (hopefully) new favorite dessert.

A night in a big city wouldn’t be complete without some dancing and good music. River North is the neighborhood to hit up if you’re looking to add clubbing to your list of things to do in Chicago at night.

As a major city, Chicago’s night clubs attract some big name DJs. You can expect a fun night out and a world-class show when you visit one of the night clubs in River North. Here’s a list of 12 best nightclubs in Chicago for you to start making them plans!

5. Take in the City View from a Rooftop Bar

One of the BEST places to get a cocktail in Chicago is at Cindy’s, a rooftop bar that has a beautiful interior, delicious drinks, and gives you an unobstructed view of The Bean. Have I said enough to convince you to visit?

Cindy’s also holds a special place in my memory because I went once with my partner and another time for a girlfriend’s bachelorette party. It’s a good place for a date night or girls night out. You can’t go wrong putting Cindy’s on your itinerary while visiting Chitown.

6. Drink a Fancy Cocktail at Three Dots and a Dash

Speaking of cocktails, another thing you must do in Chicago is visit a speakeasy. Similar to comedy cellars, speakeasies are aplenty throughout the city. However if I had to recommend one, it would have to be Three Dots and a Dash.

Three Dots and a Dash is a tiki bar with Hawaiian drinks and not only is the atmosphere cool, the drinks are also tasty. The speakeasy is located at 435 N Clark St, and the entrance is in the alleyway behind the storefront located at this address.

7. Dine at Some of the Best Restaurants in Chicago

Chicago has soooo much good food! And you don’t have to be shelling hundreds of dollars to get a taste of the amazing restaurant scene. Choosing where to eat is probably the hardest part, so here are a few tips on how to narrow down the list of restaurants to eat at.

For starters, Eater has amazing food guides on almost every major city in the U.S. Their list of 38 best restaurants to eat at in Chicago in summer 2021 is a good start for anyone visiting in the next month or two. Even though the list is for summer 2021, a lot of these restaurants will remain top of the list year-round and beyond 2021.

If 38 restaurants is too many to choose from, here are five restaurants that I think anyone who visits Chicago should try to get a reservation at:

8. Go on an Architecture Tour by Boat

Strolling the Chicago Riverwalk isn’t the only way to enjoy the river that flows through the city. Taking a boat on the river is another – and some would argue – better way to enjoy it.

Imagine getting a detailed history of Chicago’s architecture as you gape up at the structures themselves from the closest vantage point possible. That’s what the architecture tour on the river will get you! Even if you’re not an architecture or history buff, getting a boat ride on the Michigan River is still an awesome experience in and of itself.

So add this to your list of things to do in Chicago at night: go on an architecture tour by boat.

Wanderer Tip: If you’re visiting Chicago in the fall or winter, just beware that it can get chilly on the river. Bringing an extra thick jacket can’t hurt.

Every time I add a new thing to do in Chicago to the list, I want to say it’s a must-do. And I don’t mean to exaggerate…that’s just how much there is to do in the city!

The next “must-do” in Chicago at night is to go to a piano bar. My favorite one is Howl at the Moon in River North. The bar gets pretty packed every night, and the crowd is usually so fun! This is all due to the fact that they have an amazing group of musicians that perform there every night.

This is how it usually goes down at Howl at the Moon. Anyone in the audience can request a song – you just write it on a piece of paper and include an optional tip to be placed with the paper on the stage. There’s usually two pianists playing at the same time, and most of the musicians can sing.

Because the songs are curated from the audience, it will always resonate with someone. This means someone is always having fun!

I always make sure I pay a visit to Howl at the Moon when I’m in Chicago.

10. Attend an Event at the Navy Pier

The city of Chicago organizes a host of free programs at the Navy Pier in the summer. If all else fails, you can probably find something to do at the beautiful waterfront overseeing Lake Michigan.

Wanderer Tip: The Navy Pier is especially a must-see during the summer as the city puts on a firework show every Wednesday and Saturday night. Like…how amazing is that?

11. Take in the City View from Lakefront Park

I saved the best for last! One of the first times I visited Chicago, my friend took me to the Lakefront Park to see the skyline from afar. It’s one of the best views of Chicago I’ve gotten and it’s such a hidden gem. So if you’re looking for things to do in Chicago at night, be sure to add this one to the list.

So Many Things to Do in Chicago at Night

As you’ve probably already noticed, there’s not a moment of boring in Chicago at night. You can eat, drink, learn about architecture, or dance the night away at a piano bar. A lot of these things can also be done during the day too, so don’t feel like you have to do ALL of this at night. My hope is that this list will help you see Chicago in a new light and find new ways to enjoy the ever-changing city! 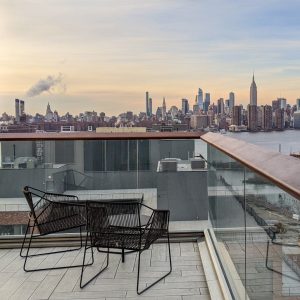 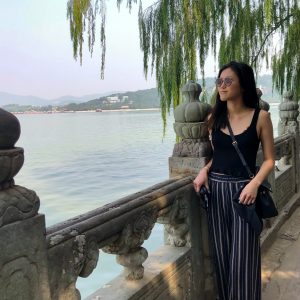 How to Plan Your First Trip to Beijing 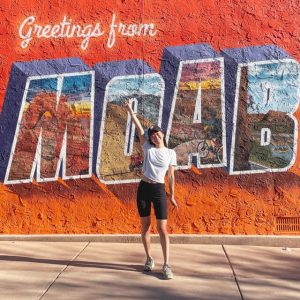 Best Things to Do in Moab Utah 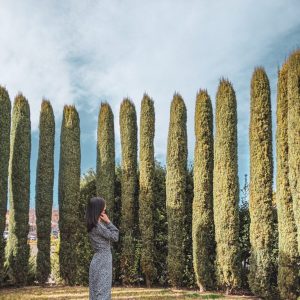 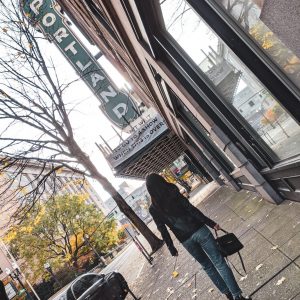 6 Reasons to Visit Portland Oregon in the Fall